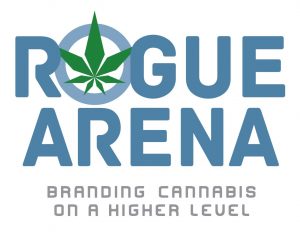 Leo Bridgewater, M4MM’s interim New York chapter president and national director of veteran outreach, is one of the program’s leaders who’s focusing on giving people of color a seat at the table in New York and New Jersey — two states expected to embrace drug policy reform in the future.

Bridgewater made the leap from medical cannabis patient to advocate in 2015 after a friend and fellow veteran took his life. In September 2016, he testified alongside other veterans before a New Jersey state Senate committee to urge lawmakers to adopt post-traumatic stress disorder (PTSD) as a qualifying condition for a medical marijuana recommendation. Three months after he testified, Republican New Jersey Gov. ChrisChristie signed a bill covering PTSD under the state’s medical marijuana program.

Today, Bridgewater is directing his energy towards not only cannabis law reform, but also education. For example, M4MM’s Ready Set Grow Program is designed to support college students who are interested in exploring career options in the cannabis and hemp industries. The initiative seeks to implement internships and apprenticeship programs that match Historically Black College and University (HBCU) students with cannabis businesses for paid work that help them gain real-world experience. The internship opportunities range from careers that handle the plant to ancillary occupations such as marketing, branding, accounting, and technology.

McCarthy, Bridgewater, and M4MM are launching a new website, Brue Jobs, which is scheduled to go live Monday, Oct. 1, 2018. It’s an interactive online job board specifically focused on connecting candidates with cannabis and hemp employers.

In 2010, the American Civil Liberties Union (ACLU) issued a study that suggested companies demonstrating a robust commitment to diversity, in addition to offering competitive financial compensation, are better positioned to generate long-term value for their shareholders.

M4MM wants to broadcast ideas like this, and the Brue Jobs platform will offer employers the option of subscribing to the service for a fee.

“It’s a business model that’s like any other job board platform in existence. There will be marketing dollars allocated within the budget for branding and media purposes to spread the word and its ability to connect job seekers with cannabis career opportunities,” said McCarthy, M4MM’s founder and CEO.

From small businesses looking to diversify to multinational corporations, Brue Jobs will offer different levels of immersion for various companies depending on size and need.

“We’ve been approached by multi-national cannabis companies regarding job openings, we don’t think it will be an issue. Our customer service team will work closely with the companies to help upload and source resumes once they’ve posted on Brue Jobs. We’re excited and working daily with our developers and will be ready to launch in November 2019,” McCarthy said.

With programs such as Brue Jobs, the non-profit is beginning to offer job placements for students and people who are looking to better their lives through cannabis entrepreneurship.

Marijuana.com spoke with Leo Bridgewater, to learn more about how M4MM is working to bring awareness and to educate people who may not be familiar with legal cannabis and the new opportunities it is bringing.

Q: What exactly is Brue Jobs, and what does it offer?

A: Brue connects the best-in-class cannabis companies with diverse candidates seeking to enter the cannabis and hemp industries. The job board hopes to help find and place you in a job in the burgeoning cannabis industry. The platform will help you find a job and work with you to transfer your current skills set to cannabis — to help open your mind to the possibilities of working in this new and upcoming industry.

Q: Can you elaborate on why racial and social equity is so necessary in the legal industry?

A: Brue is helping to address the various needs for an organization like M4MM. The cannabis industry has not been very kind to black and brown people, as well as women. We look at this from a consumer perspective, not as owners. There’s a serious police culture problem, specifically in New Jersey.

Early in 2018, an ACLU’s report detailed arrests for low-level, nonviolent cannabis possession, and the results were startling. New Jersey averages about 25,000 arrests a year for possession of small amounts of cannabis, and 81 percent of those arrests are people of color. So yes, the state has a serious police culture problem. Of all the groups to educate on this subject, African-American churchgoers have been the hardest to educate.

A: In listening to politicians talk about social justice in regard to the adult use bill in New Jersey which was introduced by [Democratic state Sens.] Nick Scutari and Stephen M. Sweeney in 2018. It had absolutely no justice for people of color. As a result, I decided to testify in the Senate Committee for the automatic record expungement bill introduced by Assemblywoman Annette Quijano May 2018. We need to go back to 1971, during the Nixon years, when cannabis was first added as a Schedule I drug, that’s where we need to start reviewing cases and make changes. M4MM has an automatic record expungement program with a wraparound service. We help you with job placement in the industry and continue to check in with you long after the expungement process has been completed. We don’t just help you get your record expunged, and then quit. It’s one of the most important steps that states can do in righting a major wrong for communities of color.

Q: What are the next steps towards policy reform and implementing equity programs in a state like New Jersey?

A: Another part of righting this major wrong is to address the opioid abuse and addiction epidemic that has taken hold of the entire country. States with comprehensive medical marijuana programs have reported an average of 25 percent reduction in opioid addiction incidents. Doctors are writing fewer scripts and states are using cannabis to help addicts wean themselves off these dangerous drugs, which in effect makes cannabis an exit drug and not a gateway drug. This is a major selling point for those opposed to the legalization efforts in New Jersey and across the country. You know things are bad when [as a society]we’re more comfortable watching endless commercials selling us pills rather than consuming medically-prescribed cannabis.